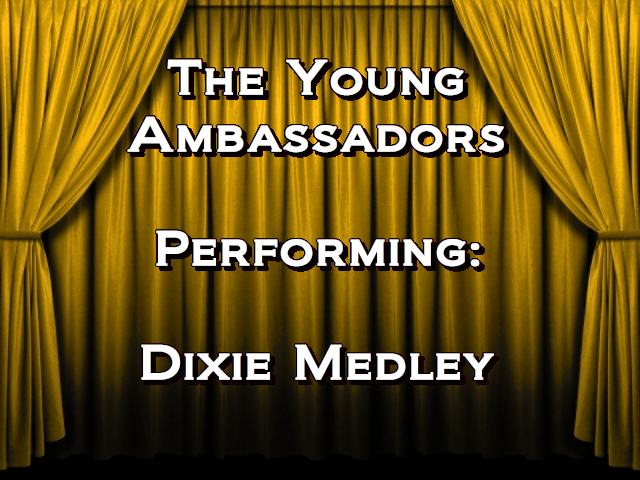 Title: Festival of Music 1
Category: Sounds of Yesterday
Cassette 3: Side A
Song Title: Dixie Medley
Performed by: The Young Ambassadors

I'll be down to get you in a taxi honey
You better be ready 'bout a half past eight
Now dearie don't be late
I wanna be there when the band starts playin'
Remember when we get there honey
The two-steps I'm gonna have a ball
I'm gonna dance off both my shoes
When they play the Jelly roll blues
Tomorrow night at the Darktown Strutter's Ball
Alexander's Ragtime Band
Come on and hear, come on and hear