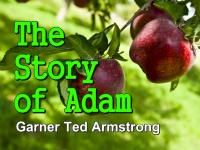 Tomorrow's World will be a world of plenty. A world of increased brotherly love in fact infinitely richer and better than any other world that ever existed explained the science editor of the well known New York magazine, and you know he's right. He's absolutely right, but you know the way in which this science editor and the way that most of you might think that world of joy and peace that infinitely richer and better world is going to come about is totally different then most of you have even remotely imagined. Well he goes on speaking before a women's club in Indianapolis he says that was recorded in a major east news paper in the United States that the greatest hope and faith he could share with the club that there will be a next one hundred years.