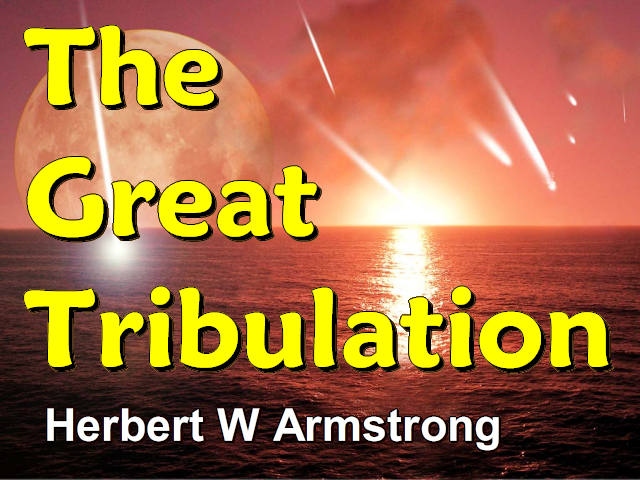 Herbert W. Armstrong founded the Worldwide Church of God in the late 1930s, as well as Ambassador College in 1946, and was an early pioneer of radio and tele-evangelism, originally taking to the airwaves in the 1930s from Eugene, Oregon.
HA217A

When is The Great Tribulation coming, where on whom and which is coming first World War Three or The Great Tribulation or Armageddon or the second coming of Christ or the judgments and the plagues of God. Listen my friends, you are living in the mighty upset world today. This world went along at a pretty even gate, generation after generation, century after century, ever since the beginning of the world up until 1914 when suddenly this world erupted. It erupted in World War One.