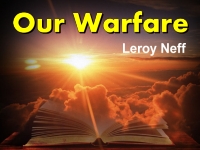 On June 28th, 1914, Austrian Crown Prince, Prince Ferdinand was assassinated by a Serbian Nationalist in Sarajevo in what we call Bombaška afera, as a result of this assassination World War I erupted and in a short time, Europe and later the United States and many other nations were at war. It involved into French warfare over about a 180 mile front, in about 3 years, several million lives were lost and this style of warfare formed a new static defense concept in the minds of many especially the French.